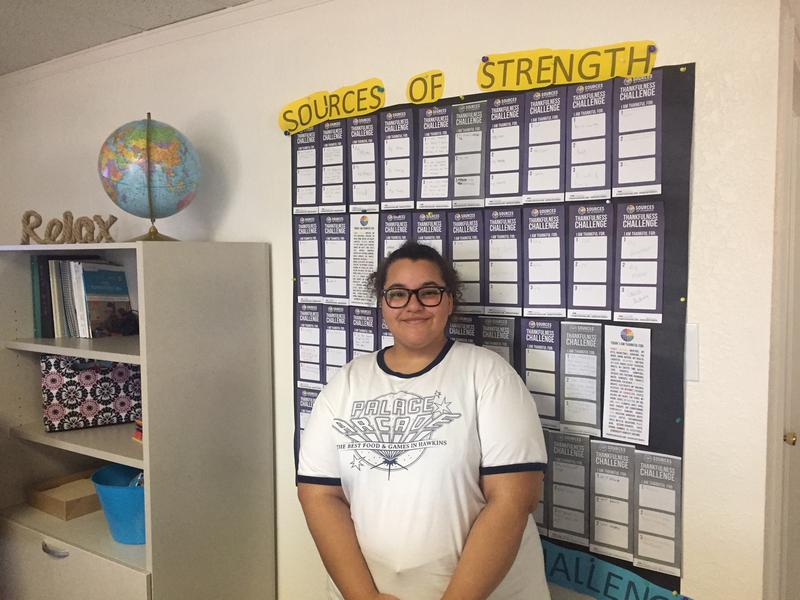 A nine-year-old boy in Colorado took his own life on the first week of school this year. The tragedy highlighted a pervasive problem in the state and in the Mountain West region as a whole — the high suicide rate — especially among youth. Goal Academy in Pueblo, Colorado is a charter program with high schools around the state that focuses on both academic and mental wellbeing.

Camille Vallet is a junior. She wants to become a zoologist. And just like any high schooler, she said sometimes she feels stressed.

Right now she’s mainly stressed about getting her class work done on time. But she said the stresses at her old school were way worse.

There was a group of bullies that would talk about her in the bathrooms while she was in there. “They would just call me names and just were really mean,” she said.

She said she tried to reach out for help by going to her teacher, who then went to the principal. When that didn’t work, she said, her mom got involved. But that didn’t help either.

To make things worse, it was bad at home as well. Her father had left the family and her sister was struggling with suicidal thoughts. It was all too much. Camille dropped out and her mom home-schooled her until they found Goal Academy. Both she and her sister enrolled.

Now, she said, she’s thriving. “It’s a really open place to just talk to get your feelings out,” Vallet said, “to say what’s going on.”

“We’ve had students that have come back to us and they’ve said because you reached out to me and you cared and you asked me how I was doing, that got me to tomorrow.” Gery said. “That’s huge.”

She said Goal Academy has always made mental wellbeing a priority. A lot of the students are high-risk in terms of mental health struggles. But, she said, it was a cluster of suicides two years ago that made them re-evaluate and ramp up that focus even further.

She wondered, “how could we move from looking at it from a crisis perspective to getting really upstream and finding out what is happening before you know that student really jumps into the river and you’re trying to get them out?” 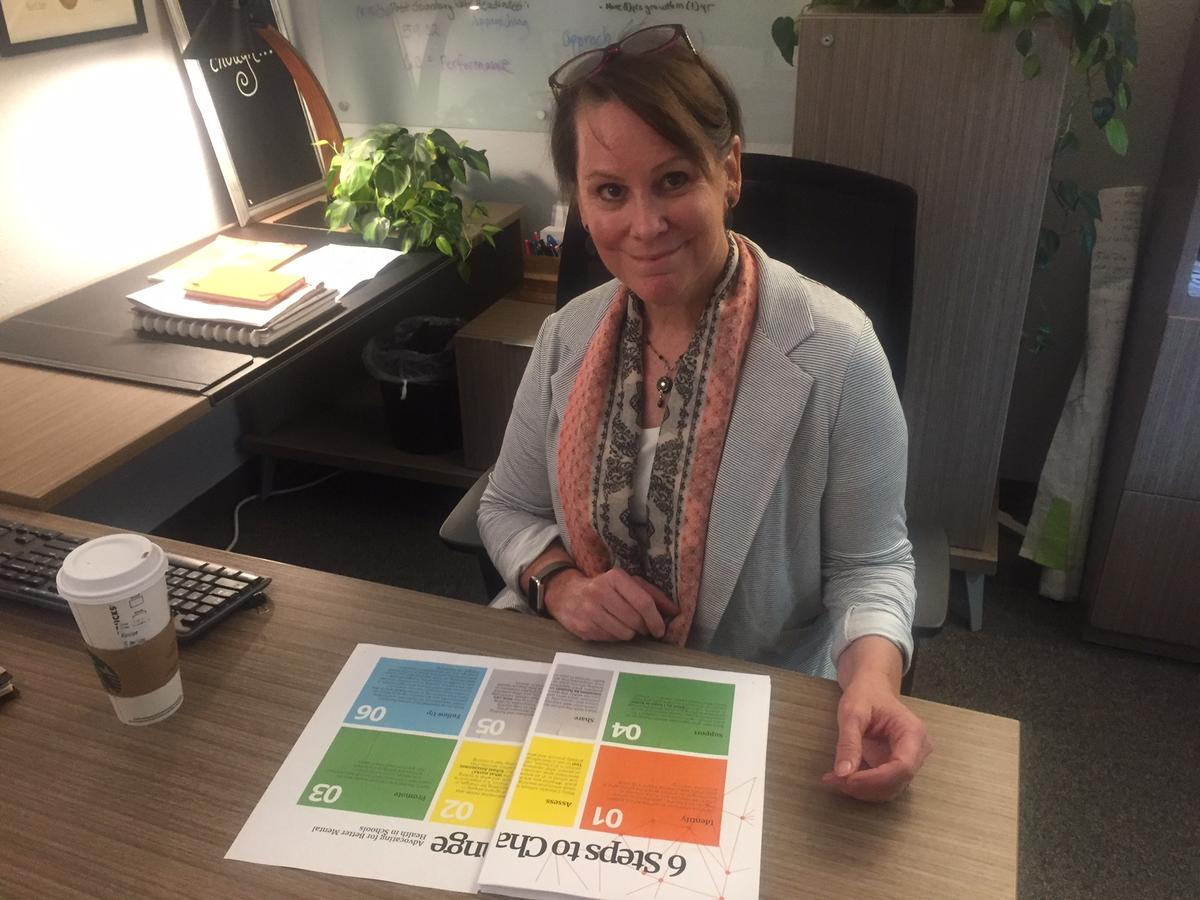 She decided that “getting upstream,” would require several strategies, starting with implementing the suicide prevention program, Sources of Strength. It’s a nationwide program that encourages peer-led support groups where students help each other recognize the people they can turn to and trust in their lives.

Gery said taking that program on was a good move and it’s been really successful. But she still had a burning question: why the high suicide rate?

“I believe as humans we always want to get to the answer of ‘why’ so we can figure out how we can fix it,” Gery said.

She wondered, was it because Colorado was growing and support services weren’t keeping up? Was it funding?

“Or,” she said, “is it the fact that we as a group have not said, ‘hey this is a problem and let’s get into each and every community and sit and listen to what each community needs to get ahead of it?’”

So she was excited when she found out the statewide nonprofit, Mental Health Colorado, had done exactly that. Andrew Romanoff directs the organization.

He and his colleagues traveled around the state hosting conversations with schools, families, communities, and professionals. They then distilled what they found out into a mental health toolkit for schools.

“Ten strategies, in fact, that schools can pursue,” Romanoff said, “whether it means screening kids or putting more mental health professionals in the school building or building social-emotional learning into the curriculum.”

The 60-page guide is available for free online and also includes tips on how to find funding for some of the things they recommend.

Romanoff aims for the toolkit to be adopted in every district and school in the state. But so far, Carolyn Gery with Goal Academy in Pueblo has been one of the few early takers. She says she believes focusing on mental health in schools has to become a nationwide movement. And she believes the toolkit is a good place to start.

Still, in the end, she believes there’s one daily solution that doesn’t require toolkits, training, or extra funding at all. “It’s about ensuring students who feel they are invisible and not known,” she said, “to make sure that they are visible and they are known.”

This story was produced by the Mountain West News Bureau, a collaboration between Wyoming Public Media, Boise State Public Radio in Idaho, Yellowstone Public Radio in Montana, KUER in Salt Lake City and KRCC and KUNC in Colorado.