At a public health meeting in Eagle County, where frustrated mothers sat next to uniformed sheriff’s deputies and tired doctors, Chris Lindley, the county’s public health director, tried to wrap his head around how things could have gotten so bad.

“I can promise you nobody in this room can tell the rest of us all the mental health services, systems, how someone gets into them and how they all work together,” he said. “Can anybody describe that?”

Lindley paused before answering his question.

Colorado has long dealt with higher rates of suicide and mental illness than the rest of the country. The lag in services hits mountain communities, like Eagle, especially hard. Last year, the area saw its highest number of suicides on record.

The county also has no general fund money budgeted for mental health this year. About 2 people a day experiencing a crisis have to get transported to Denver or Grand Junction, according to Lindley. The distance turns difficult situations into nightmares for families dealing with a chronic mental illness.

The money to address these and other gaps in the community hasn’t been there. Until now.

The first blush of revenue from a Measure 1A, a countywide tax on recreational marijuana passed by voters last November, is set to start coming in February 1. During the next year, the county estimates it could raise upwards of $1.2 million devoted entirely to mental health.

That figure isn’t nearly enough to fill all the voids, Lindley said. But it is a start. 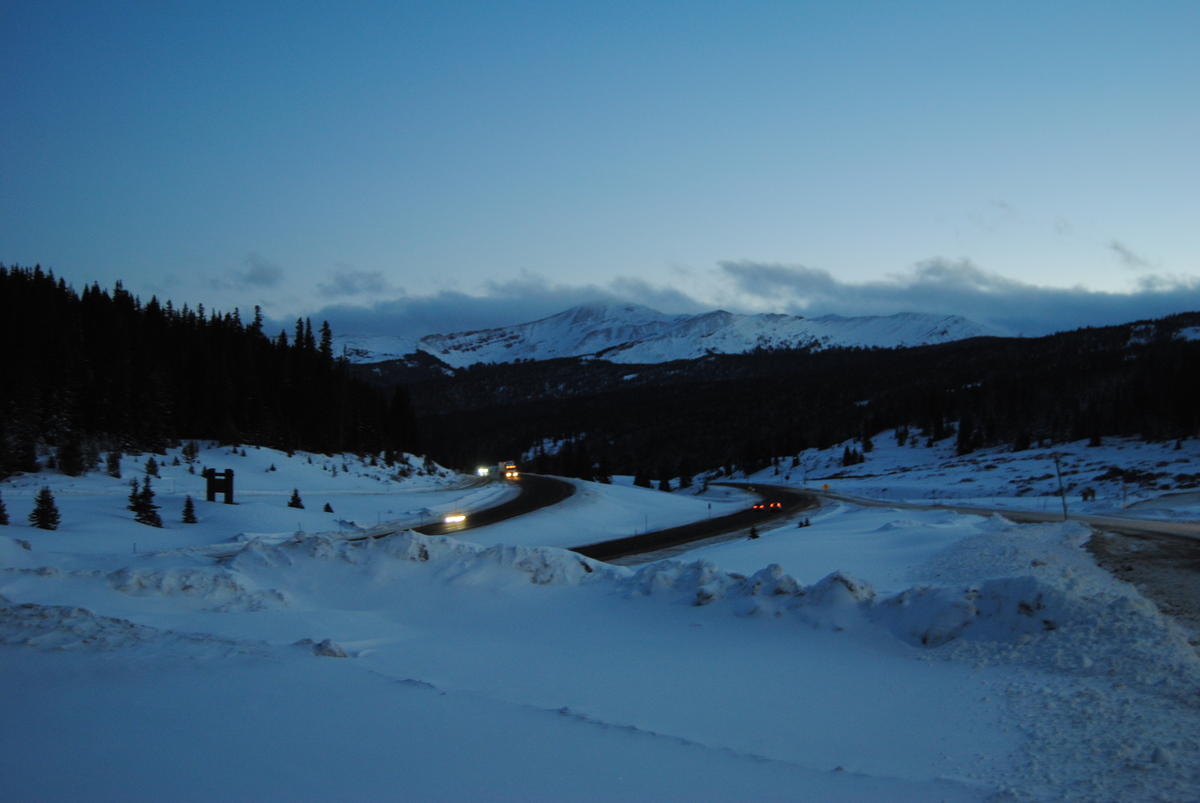 A 90 mile trip out of the ‘happy valley’

With roughly 6,700 residents, Eagle is the largest town in Eagle County. It’s known for its many hiking and biking trails.

“This is a vacation place,” she said. “People come here and think everybody’s supposed to be happy and we’re all on vacation. Well, that’s not the true reality.”

One night a few years ago, her son John, who has bipolar disorder, had a psychotic episode. He and his girlfriend at the time, along with his parents, went to Valley View Hospital in nearby Glenwood Springs.

From there, doctors had to send him to a different facility almost 90 miles away in Grand Junction. To transport John, the hospital called the sheriff’s department. Deputies handcuffed him and sat him in the back of a white van.

Agnes followed behind in her own car.

Halfway to Grand Junction, the van had to pull over because John got sick. Hours later, when they arrived, Agnes watched as her son emerged.

“We get there and the kid is shaking,” she said. “It’s, like, August and he’s shaking and freezing.”

The following weeks, while John received treatment, Agnes and her husband, Glenn, took turns making the daily 5-hour round trip to visit him. They both held jobs, so they couldn’t rent a hotel overnight.

As they waited for John to get better, she remembers one thought running through her mind over and over again.

Last year, state legislation changed to give counties the ability to tax marijuana. In response, the county decided to poll the community to find out what the funding needs were that marijuana could help fill. Mental health came to the top overwhelmingly, said county commissioner Jeanne McQueeney.

“(We found) that there’s no one you talk to who doesn’t know someone who is dealing with these issues,” she said.

Measure 1A won with one of the biggest margins seen in any Eagle County election, she said. Nearly 74 percent of voters approved it.

Agnes and her family cheered the passage, saying it was a step in the right direction.

“Things are getting so much better,” Harakal said. “But there’s a lot of work to do.”

There has been some skepticism of the measure. In an opinion in the Vail Daily, Kaye Ferry, chairwoman of the Eagle County Republicans pointed to the lack of a clear plan for 1A dollars as the legislation’s key fault.

“It’s always been curious to me why elected officials don’t seem to understand the need to present a clear picture of what they’re proposing,” she wrote. “And my automatic reflex when they don’t is to be suspicious.”

Now that the 2.5 percent sales tax has passed, the challenge is how to divvy up the anticipated $1.2 million it will bring in this year. The commissioners have the final say, but a citizen panel called the Total Health Alliance has been meeting to help determine where the funding could make the most impact.

The panel has pointed to gaps in the area’s schools, jails, overnight crisis stabilization units, respite beds, social detox facilities and access to counselors for adults as potential funding options. However, no concrete decisions have been made on where the funding will go. 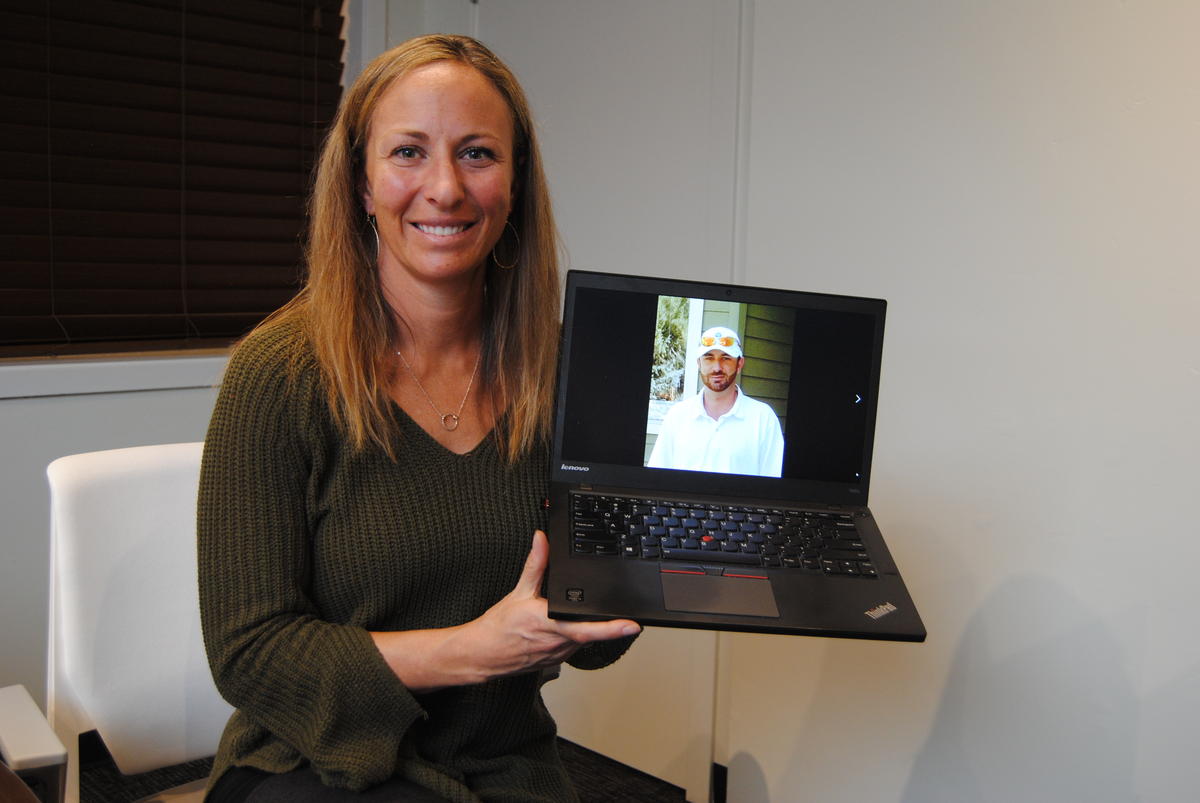 Corey Lamothe, co-founder of SpeakUP ReachOUT, holds a photo of her brother, Scotty, who died by suicide several years ago. Her family’s experience with mental illness led her to start the organization. CREDIT MATT BLOOM

Corey Lamothe, co-founder of Speak Up Reach Out, one of the county’s largest suicide prevention organizations that’s a part of the Total Health Alliance, said that the panel, which has more than 60 members, has to work together to be effective.

“There are a lot of different organizations doing amazing work in this valley,” she said. “But we need to work together to tackle what is arguably the biggest cloud hanging over us right now, which is mental health.”

Michelle Meuthing, director of the Aspen Hope Center in Basalt, said overnight crisis stabilization units could help keep people within the community as they heal, instead of sending them hours away to Grand Junction or Denver.

“The biggest key in mental health is you have to get rid of barriers,” she said. “You can’t have a walk-in clinic [during the day], because that doesn’t get rid of the person’s crisis at 2 a.m.”

Operating eight crisis stabilization units would cost about $1.2 million — the same amount the tax is expected to bring in this year. Over the next few years, the tax will gradually increase to 5 percent, potentially bringing even more funding for mental health.

Molly Fiore, a peer specialist with Mind Springs and leader of suicide prevention trainings throughout the county, said the 1A campaign also did more than raise funds — it helped reduce the shame and stigma around mental illness in Eagle County.

“I think the more people can speak up, the more they realize, ‘You know what, me too,’” she said. “I think there is so much power in being able to say, ‘me too.’” 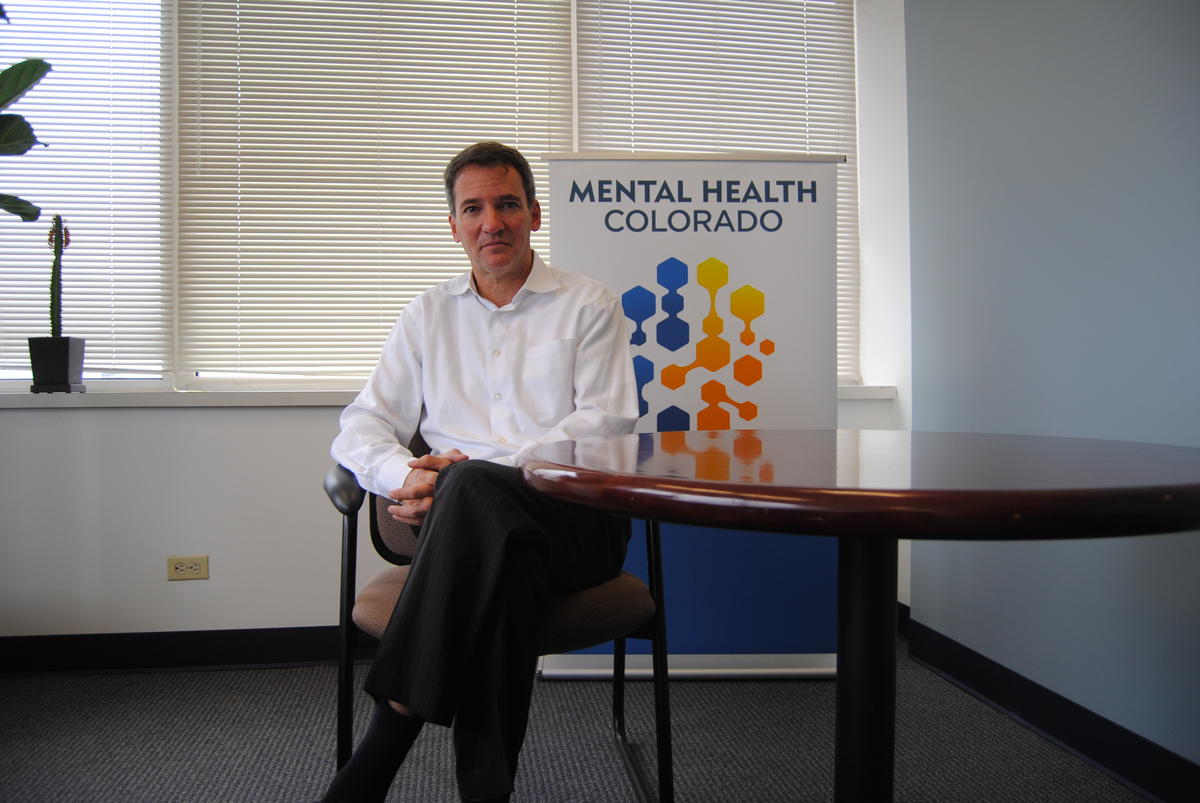 Wherever the 1A money ends up going in the short-term, the rest of the state will be watching.

Andrew Romanoff, president of Mental Health Colorado, an organization that advocates for policies like 1A around the state, said Eagle County could be one the first of many counties to take mental health funding into their own hands.

One of those is Larimer County. Officials there say they are currently exploring the possibility of putting a similar marijuana tax measure for mental health services on the ballot for this November’s election.

The Total Health Alliance is scheduled to make recommendations to the commissioners on where 1A funding should go later this year. In the meantime, the county’s public health department hopes to set up a temporary social detox unit in the coming months.

Permanent additions to Eagle County’s mental health services are months, if not years away.

Originally Appeared on KUNC Morning Edition. Listen to the audio version of the story here